BI Prime SoftBank CEO Masayoshi Son stands before an optimistic turnaround chart for WeWork. KAZUHIRO NOGI/AFP via Getty Images This story requires our BI Prime membership. To read the full article, simply click here to claim your deal and get access to all exclusive Business Insider PRIME content. SoftBank-backed companies are laying off thousands of… 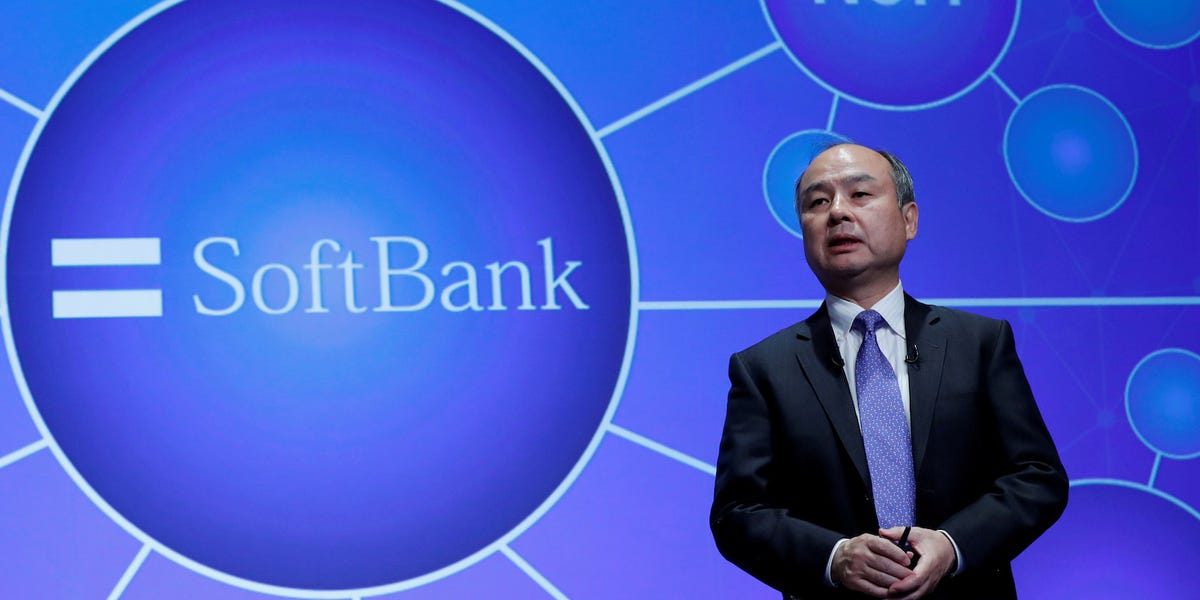 This story requires our BI Prime membership. To read the full article,

SoftBank-backed companies are laying off thousands of employees globally as they struggle to find paths to profitability.In the first full week of 2020, four companies – Oyo, Rappi, Getaround, and Zume – laid off a combined 2,600 employees. In the last two months, other SoftBank-backed companies including WeWork, Uber, Wag, and Fair have also cut their ranks dramatically. If you work at a SoftBank-backed company, Business Insider wants to hear from you. Get in touch on secure messaging app Signal using a non-work phone: 646 768 1627. Click here for more BI Prime stories.Flush with billions of SoftBank dollars, startups ranging from a robot pizza maker to a low-cost hotel operator have swelled their ranks in recent years. Now, as the Japanese investor faces a reckoning about how the companies will become profitable, layoffs are hitting the companies across the world.In the first full week of 2020, four of SoftBank’s companies cut a combined 2,600 employees, according to media reports from Business Insider and other outlets.Those layoffs follow major cuts in the fourth quarter at companies including WeWork, Uber, Wag, and Fair. In total, SoftBank-backed companies have cut over 7,000 jobs in the last year, by Business Insider’s count.That figure doesn’t include groups of employees like WeWork’s 1,000 janitorial staff in the US and Canada who are being outsourced. Trouble at these companies has knock-on effects since many work with contractors, such as the people that walk dogs for Wag, who enjoy fewer labor protections than full-time employees. A SoftBank spokesman did not respond to a request for comment. Business Insider is tracking the layoffs and what’s happening at each company. The numbers are based on our own reporting as well as media reports elsewhere. We will continue to update this page as news evolves.If you currently work for or were previously employed at a SoftBank-backed company and want to get in touch, use encrypted app Signal to text or call this reporter at 646 768 1627. You can also contact Business Insider securely via SecureDrop.See more: I spent 24 hours living on SoftBank services like Uber, WeWork, and Oyo. It revealed some flaws in Masayoshi Son’s grand $100 billion investment vision.See more: A futuristic farming startup raised $260 million from Jeff Bezos and SoftBank on the promise of upending agriculture. Insiders are raising questions.

Discount hotel operator Oyo is laying off 1,800 employees in China and India, Bloomberg reported Friday. The restructuring isn’t over: Oyo is planning to cut another 1,200 in India in the next four months, Bloomberg reported. “We continue to be one of the best places to work for and one of the key reasons for this has been our ability to consistently evaluate, reward and recognize the performance of individuals in a meritocratic manner, and enable them to improve their performance,” Oyo said in a statement to Bloomberg. The company lets people book hotel rooms in more than 80 countries through its app. It turns struggling local hotels into Oyo franchises, puts up some money to redecorate and make sure the wireless internet is working, and takes a cut on every booking.Oyo has raised more than $3 billion in capital, though the last fundraise included $700 million from its young chief executive, Ritesh Agarwal. He bought back shares from existing investors Lightspeed Venture Partners and Sequoia Capital, as part of a deal that raised Oyo’s valuation to $10 billion. SoftBank has been pumping money into the company since 2015.

Zume cuts 360 employees and a third of its executive team

Zume, the robotic pizza startup valued at $1 billion, lost a third of its executive team hours after announcing that 360 of its employees were being terminated this week, Business Insider previously reported. Amid a broader strategy shift away from its famous pizza-making robots towards compostable packaging, Zume now finds itself without a chief business officer, a chief financial officer, a chief technology officer, and a chief revenue officer.The layoffs come as the Mountain View, California, startup has struggled to secure additional funding from SoftBank. Zume cofounder and CEO Alex Garden has become so cautious that he has restricted all communication from his senior staff to outside investors.The company was most recently valued at $1 billion after a $375 million venture-capital investment from SoftBank’s Vision Fund.

Getaround lays off 150 – The Information

SoftBank has invested in a number of rental car-focused startups

Car rental platform Getaround is laying off about 150 employees – a quarter of its staff – reported The Information. SoftBank invested $300 million in the company’s 2018 Series D round.In a blog post on January 7, Getaround founder Sam Zaid said “growing this fast has also pressure-tested our organization.” “We’ve learned a lot about our business during this period and the importance of balancing growth with efficiency,” he wrote. “SoftBank has stepped up in a big way with their unique network of experts, resources, and partners to support this change.” Getaround has raised a total of $612 million and has a $1.7 billion valuation, per Pitchbook.