TORONTO – Just a week into the new normal and the Toronto Raptors are already making it seem like things are pretty normal. Or as normal as things can possibly be when you’re a team about to head into a bubble for the resumption of a season that was suspended because of an ongoing global… 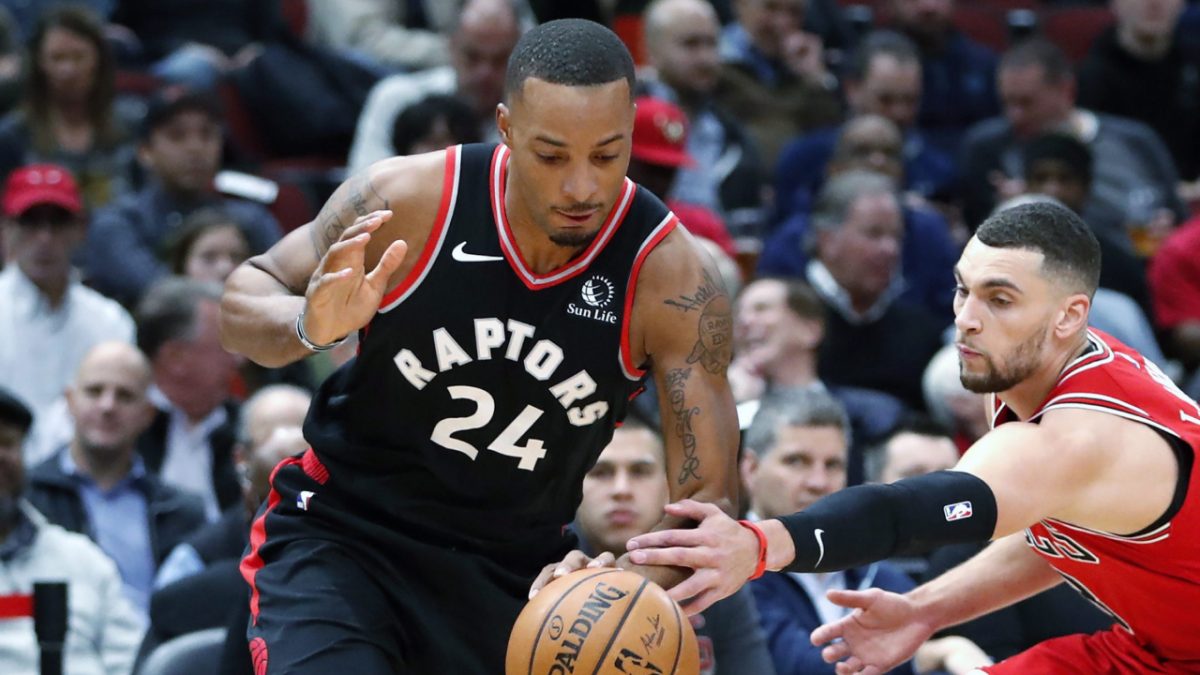 TORONTO – Just a week into the new normal and the Toronto Raptors are already making it seem like things are pretty normal.
Or as normal as things can possibly be when you’re a team about to head into a bubble for the resumption of a season that was suspended because of an ongoing global pandemic.

Still in just the second media availability since the team touched down in Florida as they begin their preparations for the NBA season’s restart, had it not been for the fact this availability was taking place over Zoom, with the way the Raptors were talking, you could’ve sworn this was a regular training camp availability.
“It’s kind of like a basketball camp feel. We’re in the dead of summer so that too kind of makes it feel like basketball camp,” said Raptors coach Nick Nurse Tuesday. “As far as what I have seen, it’s been great. Players look fantastic, I mean absolutely. When you see them with the eyeball test, they look great. Their attitudes have also been fantastic and it feels like we are in really early stages of kind of getting back going because it’s such a limited one-on-one skill work, individual type thing we are doing now, but everyone is in a good frame of mind.”
Added Norman Powell: “I think we’ve come in, in great shape. I think guys have done a great job of making the most of what they can and working with what’s available to them. There’s not guys that are out of shape or lagging behind. Everybody’s in great, general shape in talking to different guys on the team. We feel good.
“Obviously we’re a little bit rusty and haven’t been in this high quality of workouts and in basketball for a while, but everybody has been doing what they can, and everybody looks good, feels good, they are confident, and ready to get back into the full swing of things.”
There may have also been some “best condition of my life” talk in there, too.
But sarcasm aside, there’s little denying this is a very confident Raptors group heading into the NBA season’s resumption.
Starting all the way from the top with team president Masai Ujiri saying his team is going to be “awesome” when games start back up Monday, there’s an air of confidence coming from the Raptors at the moment that might be mistaken for cockiness if not for the fact they are the defending champions that, before the season suspended boasted the third-best record in the whole league – even without Kawhi Leonard.
As Nurse explained it, this is a confidence borne from the team’s past experiences together and the fact each member of the team pulls for each other, another reason, perhaps, why everyone came back into this restart camp in as good shape as everyone said they did.

“I didn’t know if we were going to be not really in the right frame of mind or whatever and whatever it was I was going to kind of deal with it, but I would say I am pleasantly surprised with the frame of mind, I am pleasantly surprised with the conditioning and I just think you have a bunch of guys who have a high care factor,” said Nurse. “They love to play, they are guys that are concerned about getting better individually, about their own careers, and it just seems like they’re doing a really professional job. I just think
Read More From Publisher