The NBA has suspended its season due to the spread of the coronavirus, and commissioner Adam Silver has stated the hiatus will last at least 30 days. On Sunday night, ESPN’s Adrian Wojnarowski reported owners and executives are bracing for the possibility of mid-to-late June as a best-case scenario for a return.As the league discusses… 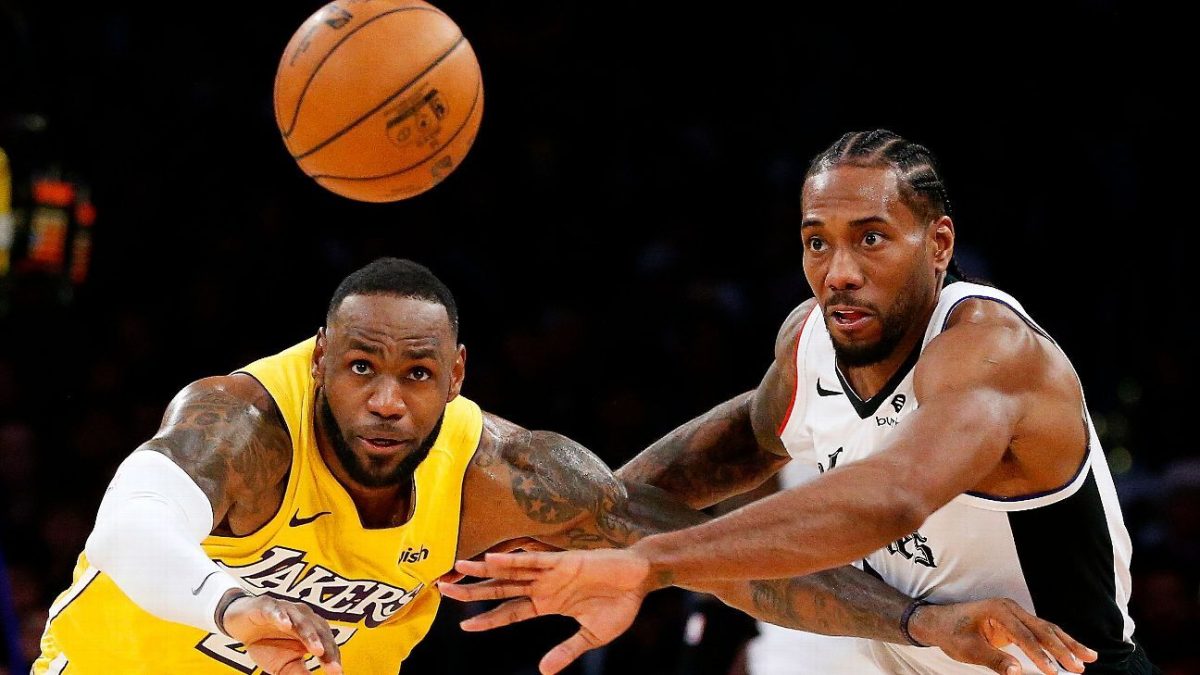 The NBA has suspended its season due to the spread of the coronavirus, and commissioner Adam Silver has stated the hiatus will last at least 30 days. On Sunday night, ESPN’s Adrian Wojnarowski reported owners and executives are bracing for the possibility of mid-to-late June as a best-case scenario for a return.As the league discusses its next steps, including if and when the 2019-20 season can resume, what could the suspension mean for each franchise?Our NBA experts are breaking down where each team stood as the league pressed the pause button, and what an extended layoff could mean — starting with the Western Conference. On Tuesday, we will examine the impact on East teams.Note: The order of teams is based on current conference standings.MORE: Inside the tense few hours that changed the NBALos Angeles Lakers
Record: 49-14Where they stood when the NBA suspended the season”The Lake Show [is] the best team in the world right now,” Lakers center JaVale McGee said after his team went 2-0 against the Milwaukee Bucks and LA Clippers at Staples Center. Within days of his statement, the world changed. After leading the West all season, the Lakers found another gear in the weeks before the hiatus, avenging losses not just to the Bucks and Clippers, but to the Denver Nuggets, Boston Celtics and Philadelphia 76ers, winning 13 of their past 16. LeBron James was making a legitimate run at MVP, averaging 30 points on 55.1% shooting, 9.4 assists and 8.2 rebounds since the All-Star break; Anthony Davis was cementing himself as a leader in the Defensive Player of the Year race. They were looking like a title favorite.What an extended layoff could meanWith James 35 years old and playing in his 17th season on a left groin that still gets sore from time to time stemming from the tear he suffered last season, there’s a potential benefit that comes with the time off should the Lakers make a deep playoff run. Then again, Lakers coach Frank Vogel will have to wait to integrate new pieces Markieff Morris and Dion Waiters. And the Lakers will have to recalibrate the rhythm they were just tapping into.– Dave McMenaminLA Clippers
Record: 44-20Where they stood when the NBA suspended the seasonThe hiatus came when the Clippers were beginning to feel the healthiest they’ve been all season, while building major confidence and momentum in a season full of inconsistency. They had won seven of eight, including a six-game winning streak that saw them dominate the likes of the Denver Nuggets and Houston Rockets. Their only loss was to the Lakers, who became the first team to beat the Clippers when they were at full strength this season. Kawhi Leonard and Paul George were finding a chemistry in a long stretch of games together, Marcus Morris Sr. and Reggie Jackson were learning their new roles, and Doc Rivers was tinkering with a 10-deep rotation.What an extended layoff could meanHealth has been a major concern this season. While Leonard had played in 11 straight games and George had played in eight straight when the season was paused, the time off will give Leonard (knee) and George (shoulders, hamstring) more rest if and when play resumes. The time off will also help Lou Williams (sore calf) and Patrick Beverley (groin) get stronger, as the Clippers have had very little practice time this season due to injuries and schedule. If teams can resume practicing before a potential restart, the Clippers will benefit tremendously from the extra time on court before making a playoff run.– Ohm YoungmisukDenver Nuggets
Record: 43-22Where they stood when the NBA suspended the seasonThe last couple of weeks were rocky for the Nuggets. They played the last game before the announcement of the league’s suspension of play, and have the taste of a 16-point loss to Dallas lingering. Since Feb. 12, they are 5-6, with equal opportunity losses to both high-level teams (Lakers, Clippers, Thunder, Mavs) and baffling duds against bottom-dwellers (Cavs, Warriors). Before the Dallas game, coach Mike Malone was calling out his team (again) asking who they are, and who they want to be.What an extended layoff could meanAfter an attrition-filled January, the Nuggets had just finally gotten healthy. But there was certainly a smoothing process going on. The best way to figure it out is to play through it, but some time away could help Denver reset. It might’ve been as much of a focus issue as anything else, with them being a top-tier Western team stuck in the doldrums of the season, eager for the playoffs to start. Depending on how the season restarts, a little urgency could be a good thing for Denver.– Royce YoungUtah Jazz
Record: 41-23Where they stood when the NBA suspended the seasonThe Jazz had plenty of challenges before the franchise’s pair of All-Stars became public faces of the coronavirus crisis that has spread across the world and has finally hit the United States. Since a 19-2 run, Utah has had a five-game losing streak, a four-game winning streak, a four-game losing streak, a five-game losing streak and a loss in its last game. Utah’s formerly dominant defense ranks 23rd in efficiency (115.2 points allowed per 100 possessions) since the All-Star break.What an extended layoff could meanThe top priorities, obviously, are the recoveries of Rudy Gobert and Donovan Mitchell after they tested positive for COVID-19. Given their physical condition, both are expected to fully recover and be ready to play if the season resumes after a 30-day minimum suspension. It’s not as clear whether the relationship between Utah’s two franchise cornerstones will fully recover if Mitchell holds a grudge due to Gobert’s admittedly “careless” behavior that endangered others.– Tim MacMahonOklahoma City Thunder
Record: 40-24Where they stood when the NBA suspended the seasonIf the ball had actually gone up on Wednesday against the Jazz, the game was going to be — improbably, from the Thunder side of things at least — for the current 4-seed in the West. It’s not that the Thunder had been surging;
Read More From Publisher