This story is available exclusively on Business Insider Prime. Join BI Prime and start reading now. Zume Pizza, the pizza-making robotics startup, spent its early days pitching investors and the public on an AI-powered robotic revolution at the hands of its robot fleet.But the revolution hit a snag, and in January, Zume announced it was… 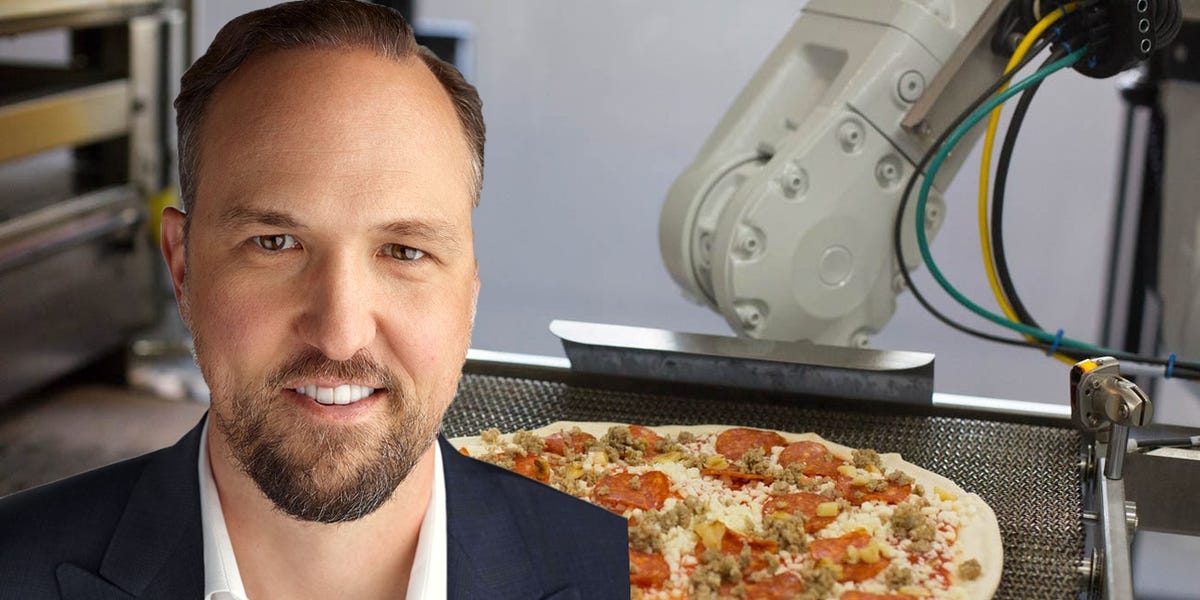 Zume Pizza, the pizza-making robotics startup, spent its early days pitching investors and the public on an AI-powered robotic revolution at the hands of its robot fleet.But the revolution hit a snag, and in January, Zume announced it was permanently shuttering Zume Pizza, the robotics division of the company, and laying off about 360 employees across multiple offices.Now Zume is looking to sustainable packaging to stay afloat as its cofounder and CEO, Alex Garden, struggles to right the sinking ship.In interviews with Business Insider, more than a dozen current and former Zume employees described Garden’s management style as aggressive and erratic.Insiders said Garden had a tendency to overpromise and underdeliver. As hundreds of millions of dollars from SoftBank and other investors flowed in to the company, Zume grew its ranks and ambitions.But flaws in Zume’s business and operations doomed Garden’s robot revolution and have left the company’s future in question.Click here for more BI Prime stories.

Alex Garden pulled into an investor’s Silicon Valley parking lot driving a Ford Raptor pickup truck.The massive $90,000 truck looks straight out of a “Mad Max” apocalypse scene, with rugged tires and an impressively lifted body. It boasts the ability to navigate rugged off-road terrain with state-of-the-art shocks and engine capacity. If you were preparing for the end of the world, you would be in the market for a Raptor.”There was always a nice car,” one Zume investor recalled when asked what stood out about Garden.The truck didn’t last long. Soon, Garden abandoned the apocalypse-mobile for his preferred method of travel — his motorcycle. He was commuting to his company’s Mountain View, California, headquarters from his home in Tiburon, a bayside town north of San Francisco where the average price of a home floats above $2.3 million. The freedom of navigating the Bay Area’s highways on a bike would no doubt have appealed to Garden, who sources said wasn’t one for rules or restrictions in other parts of his life. But that was Garden’s way. The always confident fast-moving entrepreneur stood out among his founder peers as much as his mode of transport stood out among the Bay Area’s homogeneous fleet of Teslas and BMWs. In an industry marked by brainy engineers and Stanford MBAs, Garden was cut from a different cloth, despite having spent most of his adult life immersed in the video-game side of the tech industry.

What he shared with some of the most famous, and infamous, names of Silicon Valley lore, from Steve Jobs to Elizabeth Holmes, was a knack for being a “storyteller” — someone capable of inspiring employees, investors, and the media about an electrifying idea, no matter how far-fetched. Garden’s story involved robots and pizza. His startup Zume was going to change the rules of the food industry by unleashing armies of pizza-making droids that could pump out pies faster, more economically, and with a wow factor that was way beyond anything a human could do. Investors, including Japan’s SoftBank and SignalFire, ate it up.But the robo-pizza revolution that Garden promised never came. Problems with the bots became evident early on, with the machines creating metal shavings that risked contaminating the food, according to one witness, and failing to meet performance requirements. Even as Zume raised hundreds of millions of dollars and staffed up with hundreds of employees, doubts about the viability of the business and Garden’s leadership pervaded the operation. Employees noticed that Garden had a tendency to overpromise, underdeliver, and overpromise again. What started as a mission to build robots gradually became an effort to deliver pizzas baked on the go. By January, the robots, the pizza, and half of Zume’s employees were summarily discarded in favor of new bet to make compostable food packaging.

Business Insider spoke with more than a dozen current and former Zume employees who provided firsthand accounts of the startup’s erratic trajectory over its five-year history and Garden’s at-times controversial role at the helm of the company. All sources, whose identities are known to us, spoke on the condition of anonymity for fear of retribution from Garden.A Zume spokeswoman declined to comment for this article.An early success in video gamesGarden’s life as a Silicon Valley entrepreneur started with video games. Garden started a game studio in Vancouver, British Columbia, called Relic Entertainment, and in 1999, at age 23, he had a hit on his hands. “Homeworld,” a real-time strategy game set in an alternative universe with warring planetary factions, was considered one of the first breakout desktop games of the genre and praised by critics when it launched. The game even caught the attention of the British progressive-rock group Yes, which collaborated with Garden’s company and wrote the music for the game, according to a video about the project on YouTube.By the time he founded Zume in 2015, Garden had added high-level roles at Microsoft and Zynga to his résumé, and he was not shy about highlighting his industry credentials during meetings with early investors and employees, sources told Business Insider.

When he started talking to investors, his reputation as a gaming-industry personality and Microsoft senior employee came up often in glowing terms. “Investors thought he was the next Zuckerberg,” the investor told Business Insider.At Microsoft, Garden served as the director and general manager of Xbox Live, the Xbox console’s online player network, according to press reports at the time. When investors tried to learn more about what the role entailed, however, during the traditional vetting process, they were unable to confirm details of his employment or departure from Microsoft. In 2014, Garden joined Zynga as the head of game studios. Garden joined the San Francisco company along with Don Mattrick, the former head of interactive entertainment at Xbox who had just been hired as Zynga’s CEO. About a year later, Mattrick was out and so was Garden. Virtually all of Garden’s experience was in video games and entertainment, not robotics. But to investors, his background mattered less than his pitch. Garden was going to unseat
Read More From Publisher