The new year isn’t even a month old and the food delivery crunch is already taking big bites. Spain’s Glovo has today announced it’s exiting four markets — which it says is part of a goal of pushing for profitability by 2021. Also today, Uber confirmed rumors late last year by announcing it’s offloading its… 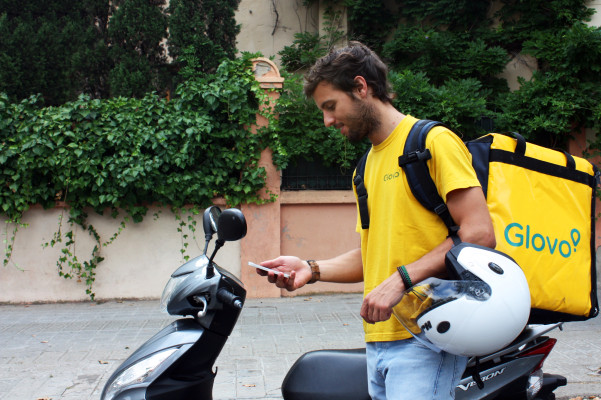 The new year isn’t even a month old and the food delivery crunch is already taking big bites. Spain’s Glovo has today announced it’s exiting four markets — which it says is part of a goal of pushing for profitability by 2021.
Also today, Uber confirmed rumors late last year by announcing it’s offloading its Indian Eats business to local rival Zomato — which will see it take a 9.99% stake in the Indian startup.
In other recent news Latin America focused on-demand delivery app Rappi announced 6% staff layoffs.
On-demand food delivery apps may be great at filling the bellies of hungry consumers fast but startups in this space have yet to figure out how to deliver push-button convenience without haemorrhaging money at scale.
So the question even some investors are asking is how they can make their model profitable?
Middle East exit
The four markets Glovo is leaving are Turkey, Egypt, Uruguay and Puerto Rico.
The exits mean its app footprint is shrinking to 22 markets, still with a focus on South America, South West Europe, and Eastern Europe and Africa.
Interestingly, Glovo is here essentially saying goodbye to the Middle East — despite its recent late stage financing round being led by Abu Dhabi state investment company, Mubadala. (It told us last month that regional expansion was not part of Mubadala’s investment thesis.)
Commenting on the exits in a statement, Glovo co-founder and CEO, Oscar Pierre, said: “This has been a very tough decision to take but our strategy has always been to focus on markets where we can grow and establish ourselves among the top two delivery players while providing a first-class user experience and value for our Glovers, customers and partners.”
Last month Pierre told us the Middle East looks too competitive for Glovo to expand further.
In the event it’s opted for a full exit — given both Egypt and Turkey are being dropped (despite the latter being touted as one of Glovo’s fastest growing markets just over a year ago, at the time of its Series D).
“Leaving these four markets will help us to further strengthen our leadership position in South West and Eastern Europe, LatAm and other African markets, and reach our profitability targets by early 2021,” Pierre added.
Glovo said its app will continue to function in the four markets “for a few weeks” after today — adding that it’s offering “support and advice to couriers, customers and partners throughout this transition”.
“I want to place on record our thanks to all of our Glovers, customers and partners in the markets from which we’re withdrawing for their hard work, dedication, commitment and ongoing support,” Pierre added.
The exits sum to Glovo withdrawing from eight out of a total 306 cities.
It also said the eight cities collectively generated 1.7% of its gross sales in 2019 — so it’s signalling the move doesn’t amount to a major revenue hit.
The startup disclosed a $166M Series E raise last month — which pushed the business past a unicorn valuation. Pierre told us then that the new financing would be used to achieve profi
Read More From Publisher