In July 2006 I decided to step away from my corporate career and take a break. I had completed several large-scale operational turnarounds by this time and was burned out and in need of some serious self-care. I thought I would be on sabbatical for about six months, but the break lasted only 747 days.… 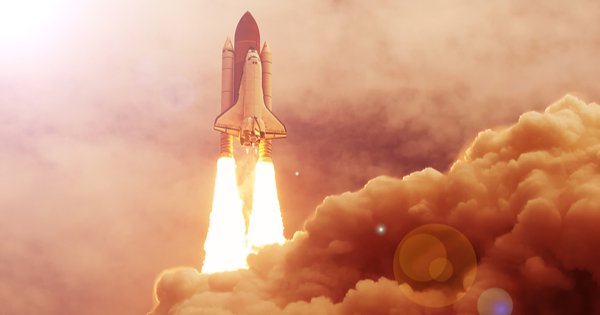 In July 2006 I decided to step away from my corporate career and take a break. I had completed several large-scale operational turnarounds by this time and was burned out and in need of some serious self-care. I thought I would be on sabbatical for about six months, but the break lasted only 747 days.
Throughout my career, I was recruited to another company before announcing my resignation; this time was different. I resigned from my job with no other job lined up. It was a leap of faith to leave my corporate career 24 years into it. I know for my own benefit that I had to escape the corporate grind long enough to come back refreshed and ready for the next phase of my career.
I possess a massive internal motivation to move ahead and achieve my goals. In making the decision to take the sabbatical, I had no idea the impact it would have on my psyche. I was lost without a corporate title, an organization to commute to daily, and a sense of purpose and responsibility.
I distracted myself with projects around the house, volunteer opportunities, and frequent travel. During my travels, I decided I wanted my next job to give me the opportunity to travel globally. I wanted to have the experience of being a global executive, and I set out to land a job that would fit my critical criteria.
My job search came to an end when I accepted a leadership role with a global firm as the Capability Development Lead for the Americas. My role focused on making sure the training programs were completed by the whole leadership team in three countries—U.S., Brazil, and Argentina. I traveled to Europe, Latin America, and India within the first year in the role. I had landed my dream job of working with leaders and traveling globally.
Abruptly and suddenly, the role was eliminated after 18 months. I was devastated, shocked, and confused by the decision to end the leadership development programs. Despite having done a very good job in meeting the objectives of my position, the decision was made that I was going to be laid off.
It did not feel anything like my experience when I decided to resign my position to take a sabbatical; the most significant way it felt different was because it was being done to me. I did not decide to leave—but nonetheless I had to leave.
I had been knocked down and out from my dream job and now it was up to me to figure out how I was going to bounce back by finding a new job. I was confident in my resumé and believed that landing a new job would be fairly easy.
My birthday was coming in about three weeks after the job separation, so my goal was to land a new job before then. On the Friday before my birthday weekend, I accepted a role with the same company. I achieved my job-search goal.
I set about having a good birthday, Christmas, and New Years Eve when something happened that changed everything. I was invited to dinner at a friend’s home whom I had worked with many years earlier. As a result of the dinner, I was asked to interview for a job with his family business. I went in for the day and a half of interviews before the holidays and accepted the offer for the VP Corporate Development role. I went back and declined the other job giving them enoug
Read More From Publisher