It’s downsizing time at the once-high-flying co-working company. Mark Makela/Reuters The co-working giant is letting 2,400 employees go and outsourcing 1,000 cleaning and facilities jobs as part of a company-wide belt-tightening.After more than three years of working as a cleaner at a New York branch of the co-working office space WeWork, Jane was given a… 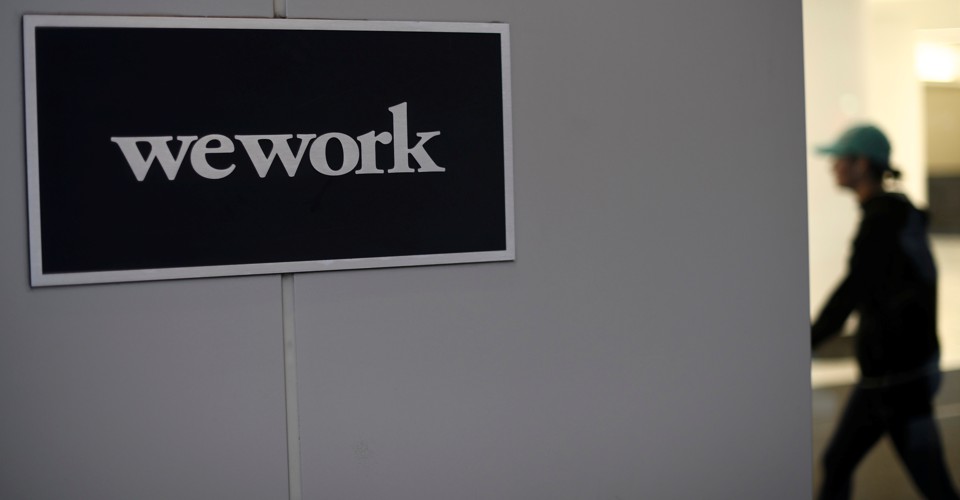 It’s downsizing time at the once-high-flying co-working company. Mark Makela/Reuters The co-working giant is letting 2,400 employees go and outsourcing 1,000 cleaning and facilities jobs as part of a company-wide belt-tightening.After more than three years of working as a cleaner at a New York branch of the co-working office space WeWork, Jane was given a choice last week: Either accept the company’s offer to transfer her employment to an outside contracting outfit, or she would lose her job.

“WeWork’s really not giving us any other option: It’s either you take it or leave it,” she said. (She asked CityLab not to use her name, because she didn’t want to risk retaliation from her employer.) “You either take the job offer or you’re going to stay without a job.”

Jane is one of the 1,000 cleaning, pantry, and facilities operations employees in the U.S. and Canada that were notified this month that WeWork had entered into a partnership with JLL, a real estate services contracting company. In a November 11 email obtained by CityLab, Arik Benzino, the We Company’s “CWeO” for the U.S. and Canada, told the group they were being offered jobs with JLL or “one of its trusted partners.” Their old WeWork jobs would be discontinued. This new arrangement, the email said, “will help us more consistently manage our spaces and provide an even better experience for our employees and our members.”

Most employees were given until Monday, November 18 to accept the change, or until Saturday, November 23 if they were working in California. A WeWork spokesperson said on Tuesday morning that the majority of cleaners had taken the offer. Their proposed start date under this new management will be Monday, December 9.

WeWork says it’s been mulling this transition into a contractor model since the spring, but the announcement comes as the company is reeling from a spectacular series of setbacks. After the We Company cancelled its IPO this fall due to major investor skepticism at its history of revenue loss, co-founder and CEO Adam Neumann was forced out with a $1.7 billion exit package. Softbank, the Japanese investment company that once heavily funded the We Company, has since taken over the business, and has pledged to stabilize it. This week, the company began the process of laying off 2,400 other employees across its global offices, in what appears to be a cost-cutting effort.

Many technology companies in Silicon Valley and beyond infamously employ shadow armies of subcontractors who work full-time without the perks and benefits as traditional employees—at Google, for example, this group makes up more than half of the company’s entire workforce. Using contractors instead of full employees is a common cost-saving measure, says Laura Padin, a senior staff attorney with the National Employment Law Project. “Instead of hiring employees, they have a bunch of different contractors compete against each other for a contract,” she said. “It incentivizes cutting corners and engaging in illegal practices like wage theft, so that is the worry here.”

Cities are changing fast. Keep up with the CityLab Daily newsletter. The best way to follow issues you care about. WeWork employees are not unionized, which
Read More From Publisher